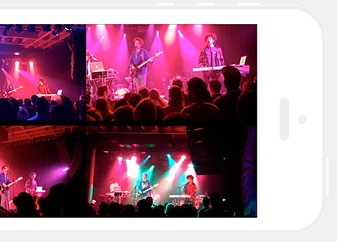 Crowdsync is a smart phone app which enables you to share footage of events and then have it matched with other footage filmed at the same time and place. You become the director and can relive the event or concert from multiple angles, using footage from multiple attendee's smartphones.

Film Crew is an app which connects smart phone users with film makers. Enabling everyday people to become camera men and actors for a diverse range of projects, in exchange for acknowledgement in the credits of the final product.

What elements of your business could be crowd sourced? This is a growing trend and one which is only going to expand as technology advances.