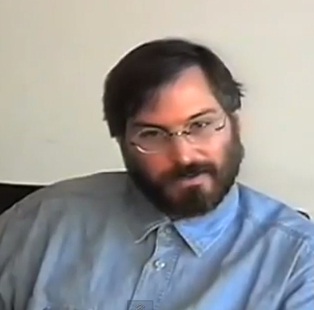 This YouTube video of Steve Jobs is making the rounds again and for good reason. It’s less than two minutes long and it encapsulates one of the best bits of advice Steve Jobs ever offered on how to succeed.

In it, he tells of the story of being a 12-year-old kid who picked up the phone and called legendary tech founder Bill Hewlett to ask him for spare parts. Hewlett wound up giving him a job and that’s where Jobs became friends with Woz and the inklings of Apple were born.